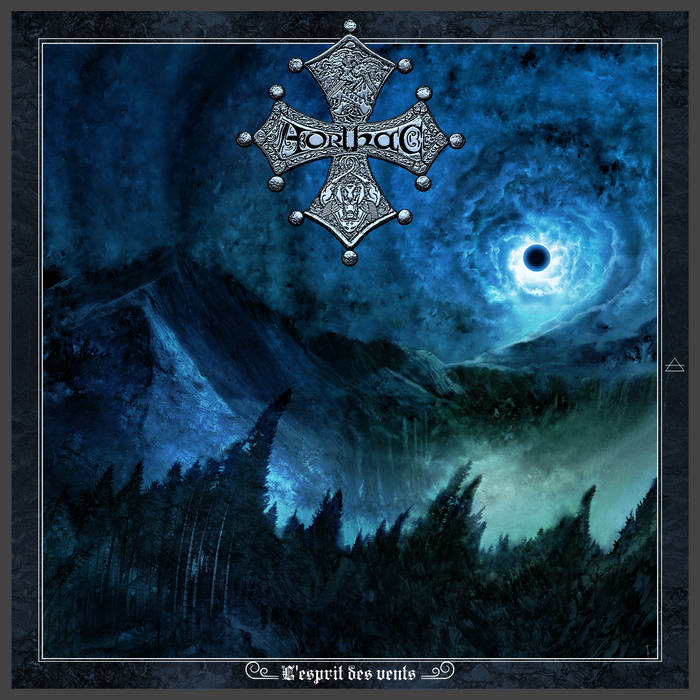 Do not turn the other cheek. Defy, and act.

Aorlhac is looking back to the past, to their occitan roots, either medieval and modern, narrating the History of the south of France and north of Italy and Spain. Occitan is not only a language but also a culture recounted in French by the band : they are respectful witnesses of their ancestors' heritage.

L'esprit des vents, third album from the trilogy started with La Croisée des Vents (2007) and followed by La Cité des Vents (2010), mark the band's return after 7 years of discographic absence and 10 years of existence. The album is built on a desire of continuity, yet in the same time a will to break with what has been done : a more elaborated sound, an assumed maturity. The subjects are once again local, regional and occitan legends and tales, but also story of famous smugglers or belligerent figures who marked some periods of our country.

Words from Rom, LADLO graphic designer:
"A really great production from Cantal, France, that we recommend to any Epic Black Metal lover, such as Suhnopfer, Taake, Windir or even Dissection. Knightly and heavy guitar lines, a completely possessed drum play, and a conquering french singing that thrills you. A particularly intense opus that we can't wait to show you ! "

Bandcamp Daily  your guide to the world of Bandcamp

Cannibal Corpse's George "Corpsegrinder" Fisher stops by for an interview