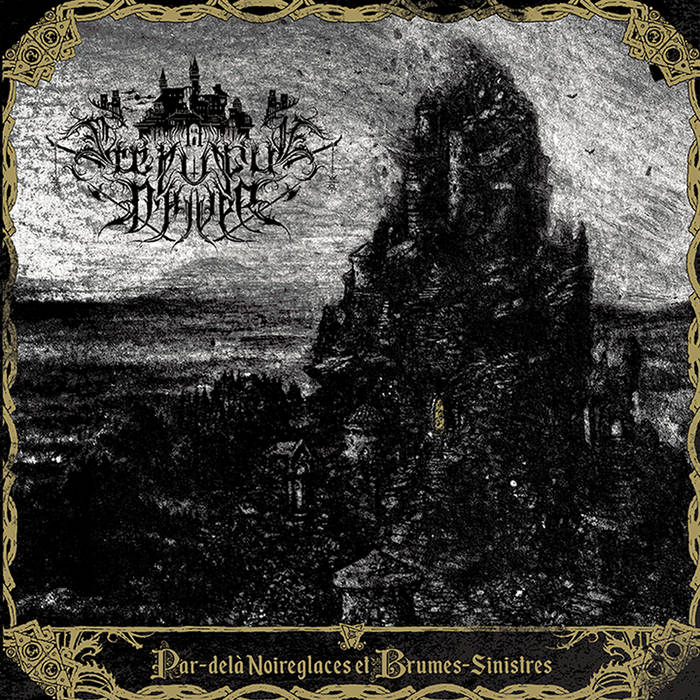 silu-de-mordomoire ⚔️ Crépuscule d'Hiver is now such a reference in French medieval black metal.
Words can't describe how magestic this album is.
If you don't yet know this artist, do yourself a favor and listen to that brilliant shit !! ⚔️

Today is a big day! We are indeed announcing our signature with the French dungeon synth/black metal one-man band Crépuscule d'Hiver, whose “Par-Delà Noireglaces et Brumes-Sinistres” album will be released on September 25th, 2020. But there’s more...

The collaboration of several talented French craftsmen allowed us to make the idea of a magnificent wooden box filled with goodies a reality for this opus. Handmade container and content!
PREORDERS: lesacteursdelombre.net/product-category/bands/crepuscule-dhiver/
PLEASE NOTE: only 50 copies will be available!

About the band: "Crépuscule d'Hiver is a one-man band whose essence is channeled by Stuurm (vocals, lyrics, guitars, keyboards).
The soul and influences of this project are deeply rooted in 90’s black metal: mysterious, epic and shrouded in synthesizer waves of medieval keyboards soundscapes. In late December 2018, a demo called “Songes Hérétiques” was released on bandcamp with three songs along with two instrumental dungeon synth tracks.
In May 2019, Les Acteurs de l’Ombre Productions started a collaboration with Crépuscule d’Hiver to release an album in line with “Songes Hérétiques”.
N.K.L.S (In Cauda Venenum) joined the project later in the year as a drummer and bass player, two instruments that Stuurm used to compose and record digitally.
This album consists of a sequel of “Songes Hérétiques”, with a total of 7 tracks, including two songs from the demo that were rerecorded and rearranged. The others are brand-new material. This music is an ode to deep feelings of nostalgia and epic greatness of a fantasized and fantastic past, anchored and animated within and by fiction.
Heir of many black metal bands that built the musical landscape of its composer, Crépuscule d’Hiver offers a singular black metal that is deeply inspired by the dungeon synth scene. With visions of battlefields and spectral fortresses, it is a call to contemplate once again the glorious and romantic aesthetics of medieval black metal."