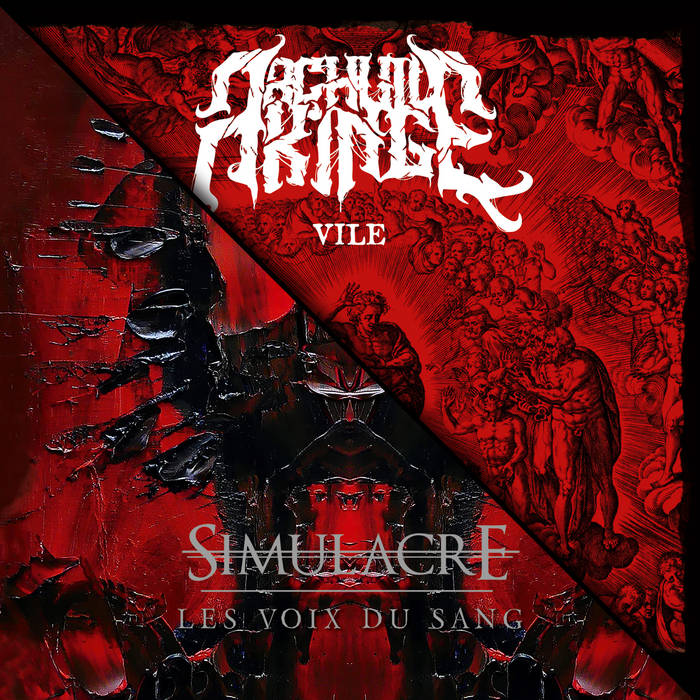 
SIMULACRE was born in 2014 as the heir of French Black metal pioneer band Asmodée. Old school influences and infernal Black metal dissonances are combined to create a chaotic yet theatrical atmosphere. These various elements are orchestrated in ambitious almost progressive songs with an organic production.

Led by songwriter and guitarist NecroC. (former Asmodée), the band released its first EP “La Jaiba” in 2017. After a few line-up changes, Simulacre is currently wrapping up a new release, “Les Voix du Sang” that should be unleashed in 2022.

ARCHVILE KING : Created in late 2019, Archvile King is the solo project of Nicolas "Baurus" M., multi-instrumentalist artist based in Nantes. His first EP, "Vile", paints a colorful picture of awful characters, in a style most reminicent of old-school Thrash Metal, with slight hints of Black Metal. Following the release of Vile, his music took a u-turn, becoming darker, deeper, and decidedly Black, without steering too far from how it started originally.